MASSIMO BUSIN -  Massimo Busin obtained his MD degree from the University of Ferrara (Italy) in 1980 and trained at the Ferrara Eye Hospital to become an ophthalmologist in June 1984. Between July 1984 and June 1986 he was fellow in “cornea and external diseases” with Herbert E. Kaufman at the LSU Eye Center in New Orleans (USA). He was a consultant at the University of Orange Free State in Bloemfontein  (Rep. of South Africa) from July 1986 till December 1986. Since January 1987 he joined the Faculty of the University Eye Hospital in Bonn (Germany), where he became Privat  Dozent in 1989 and University Professor in 2001. Before moving back to Italy in 2006, he was granted the apl (ausserplanmaessiger) Professorship from the University of Bonn (Germany), which he still holds. Since January 1996 Professor Busin is the chairman of the Department of Ophthalmology at “Villa Serena-Villa Igea” Hospitals in Forlì (Italy) and is also Clinical Professor of Ophthalmology at the University of Milano (Italy). 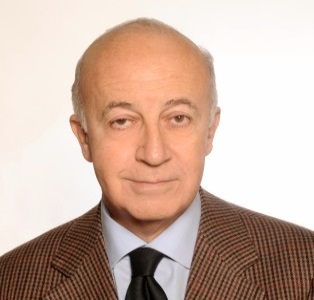 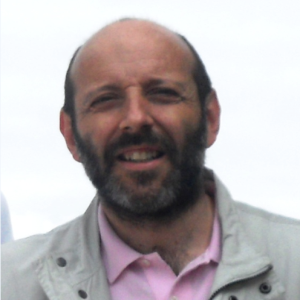 ALBERTO DI BARI -  MD, Specialist in Ophthalmology. He is a member of the Board of Directors of  Giovanni & Annamaria Cottino Foundation.  He is active and focused on Venture Philantropy field.  Applico Ophthalmology award ideator and designer.

RUGGERO FREZZA -  Earned a PhD in applied mathematics at the University of California Davis and the Laurea degree in electrical engineering at the Università di Padova. He has been associate professor in the department of information engineering at the Università di Padova and he has held visiting positions in USA, Sweden, The Netherlands and Austria. During his academic career, Ruggero launched several start up companies in areas ranging from CAE tools for the automotive industry, to high technology for the wood industry to biomedical applications. In 2007 he found M31 and left the University appointment to follow this new venture.

GRAZIA PERTILE - 2003 - present Chief of the department of Ophthalmology, Sacrocuore Hospital, Negrar-Verona(I).  Performed surgeries during this period: 6810. Grazia Pertile build her experience in the treatment of severe retinal diseases with dr. Carl Claes at the Middelheim Hospital in Antwerp. The department of Ophthalmology of this hospital represented an international referral centre for trauma cases, recurrent retinal detachment, retinopathy of prematurity and essudative macular degeneration. When she moved to the Sacro Cuore Hospital in Negrar –Verona- she had the opportunity to capitalize on her considerable surgical experience. GP is one of the few surgeons in Italy and Europe who performs a surgical treatment in selected cases of essudative macular degeneration. Two techniques are performed: macular translocation and autologous choroidal graft transplantation. The wide experience in this sector gave the opportunity to her group to study themodifications induced by the surgery and has led to a better understanding of the disease and the possible therapeutic approaches

GIANFRANCO RUTILI - Since 2009 he has been serving as a Board of Directors several in bio-medical Italian Companies. He has had several global executive positions including; World Wide Development Leader in oncology at Pfizer, Inc., and VP for Development, Oncology, at Pharmacia, Inc. obtaining approval of several oncology therapeutic treatments. Prior he was VP for Development at Shaman Pharmaceuticals, a California-based company successfully completing an IPO.  He was the Medical Director of the Hospital Product Division and a Research Fellow in the Dept. of Experimental Medicine at Pharmacia, Sweden between 1973-1991. He attended medical school at the University of Uppsala, Sweden, and obtained a Diploma in Industrial Chemistry in Rome, Italy. He was a post-doctoral fellow at the University of South Alabama, Mobile, AL, co-authoring the discovery of the ischemia-reperfusion injury.